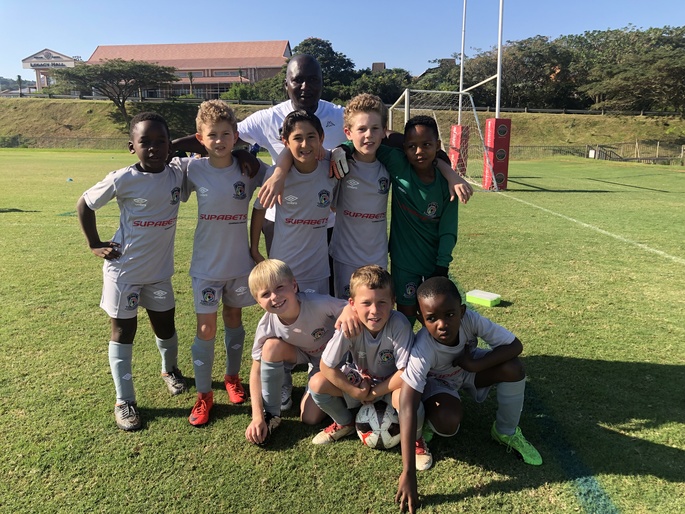 BUFC begins 2019 season with a bang

Ballito United Football Club, established in 2018 as a community-based football club in the heart of Ballito, entered their second season into the largest junior league in KZN the DCFA (Durban Central Football Association).

In 2018 the club surpassed all expectation in winning 4 of the 5 age group league titles with over 120 players registered at the club.

In 2019 BUFC have grown to over 150 players and entered nine teams into the DCFA league with the addition of an U17 and an additional U8 team.

This weekend the club played 7 matches around the greater Durban area with 3 matches hosted at our home ground Ashton College Sports Campus.

The results were fantastic this weekend to follow what has been a spectacular start to the season with 5 league matches played so far.

For many of the U8 players this is their first season, the U8 and U9 age groups are seeing as non-competitive and focus on player development and participation.

The competitive age groups of U10 and upward has seen BUFC dominate the first few fixtures with BUFC in number 1 position on their respective league logs in U10, U11, U13, U15 and U17.

The BUFC 2019 season runs until the end of September with home and away matches played on a Sunday.